Everything New on Disney+ in May

Disney+ is bringing some exciting new movies and series to their catalog of classics! Check out what's streaming this month.

Favorite Directors
a list of 22 people
created 2 months ago

Do you have a demo reel?

Add it to your IMDbPage

Find out more at IMDb Pro »

How much of Anthony Russo's work have you seen? 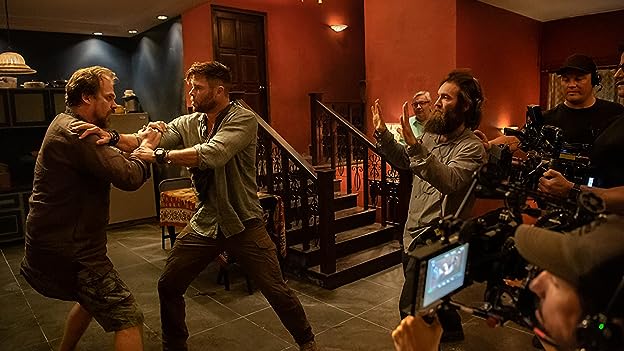 On this spoiler-filled IMDbrief, we break down the globe-trotting shoot-'em-up Extraction and offer up some other action flicks if your pulse is pounding for more.

Everything Everywhere All at Once (producer) (post-production)

[on their first meeting with Marvel to discuss Captain America] The very first meeting we ever had with Marvel, when we came in to ask about Captain America: The Winter Soldier for the very first time, we asked them, 'Did you guys enhance Evans when he came out of that pod in The First Avenger?' And they were like, 'No. We swear to god, we didn't touch him. That's all Chris Evans.

Although Anthony and his brother Joe are in discussions (as of January 2018) with MGM to produce and possibly also direct a new remake of The Thomas Crown Affair (1968), the original, first version of the 1968 film was already remade as the second version, The Thomas Crown Affair (1999) in 1999, with Pierce Brosnan and Rene Russo in the lead roles. Although Anthony and Joe have the same last name... See more »